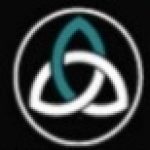 Youtube is one the most powerful marketing channels at our disposal. Videos rank well in Google and often have rich snippets that attract more clicks and brand awareness.

While it’s a very effective platform to build readership and following, it can also be quite overwhelming. There are too many parts that come into play.

YouTube is no longer a new media platform, this year it enjoyed its 10th Birthday! You’ll know it’s big, which gives opportunities to reach mainstream and audiences as shown by these latest stats from YouTube:

No Reviews found for this course.